Since 2002, emerald ash borers (EAB) has killed tens of millions of ash trees in North America. Ash trees lack a way to defend against these pests. Once an ash is attacked, it will be killed. Since its accidental introduction into the United States and Canada in the 1990s, and its detection in 2002, it has spread to 14 states and adjacent parts of Canada.

Adult Beetles are metallic green and about 1/2-inch long.
Adults leave a D-shaped exit hole in the bark when they emerge in spring. 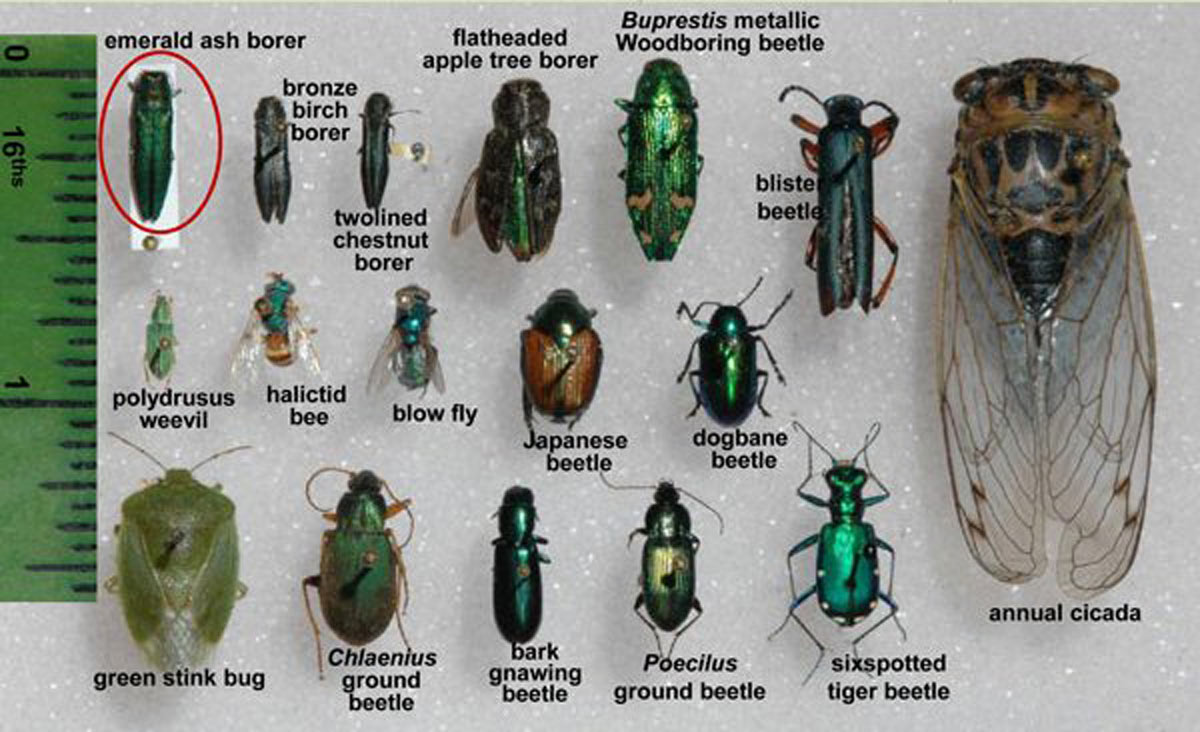