People You Should Know: Robin Pruisner 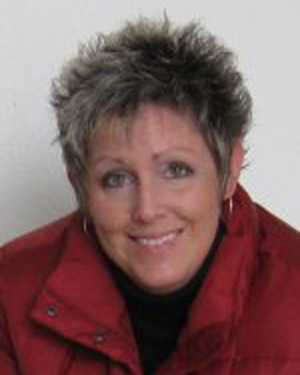 1) How much of your job is devoted to tree work specifically?

It varies with the time of year, but I’d say it averages out to about half of my time is spent on plant pests specific to trees. Between preparation for the, gypsy moth mating disruption treatments and the calls and presentation requests concerning emerald ash borer, it keeps me hopping.

2) Does the Iowa Department of Land Stewardship (IDALS to those in the know) have a public list of insects currently threatening our urban forests?

Yes … and no. The list isn’t specific to urban forests, but we do have a list in administrative rules of plant pests that we are on the lookout for in Iowa. The Iowa Plant Pest Act, Iowa Code chapter 177A, requires the state entomologist to list the ‘dangerously injurious insect pests and disease’ that ‘shall be prevented from being introduced into or disseminated with this state’. Chapter 46 of Iowa Administrative Code currently contains the following – Insect pests:

3) What are some insects that are beneficial to our trees that people may not know about?

There are numerous inspects that feed on soft-bodied insects such as aphids, insect eggs and even caterpillars. These good guys include lacewing larvae, syrphidae or “hover fly” larvae, and ladybird larvae. There are predators that also feed on insects, such as the damsel bug and assassin bug. Parasitoids feed on or in the tissue of other insects, consuming all or most of their host and eventually killing it. And we can’t leave out pollinators – including, but not limited to, honey bees.

4) As the state entomologist, what things are you responsible for in regards to trees?

5) Do you have a favorite insect? What is it?

It’s a three-way tie between corn rootworm, cicada killer wasps and honey bees. I aware that’s an odd pair, but corn rootworm was my research focus when I was a student at Iowa State University.

6) What part of your job do you most enjoy?

I hate monotony, and monotonous is the one adjective that is not in my job description. I enjoy the opportunity to travel the state, meet many people, always learning something new and bounce between many subjects. About the time I’m growing weary with tree pests, and issue with seed export pops up and boredom is held at bay for another day. If you don't like these questions, feel free to just tell us what you'd like us to know about you. If you'd rather not be featured, let us know that too.