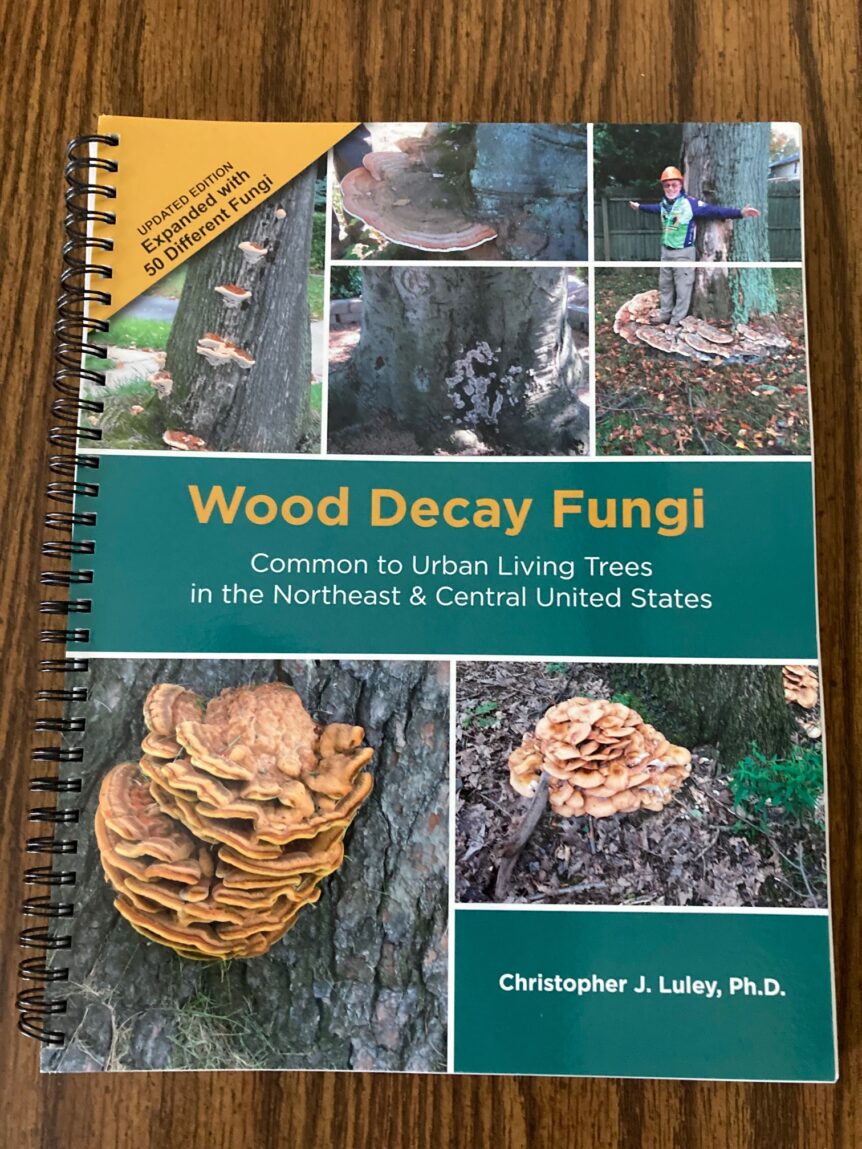 Most arborists may recognize the name Christopher Luley, after all, he has been a regular contributor to both Tree Care Industry Magazine and Arborist News for a couple of decades now. Many of you may own a slightly tattered copy of his first edition book by the same name published in 2005. When that first edition came out, two things stood out about it. My first thought was, here’s a book written and illustrated with many colored pictures for an arborist like me. Truly a visual identification guide. I also marveled at the way Chris had formatted the book. The left page consisted of all the pertinent information an arborist in the field would need to know. Basic information, simply written and easy to understand. The right page consisted of at least a half dozen color pictures of the fungi, and at times, a picture of the tree at the point where it had failed.

The book was written with the arborist in mind. Its more than just a fungi identification guide. The book is also devoted to the basics of tree decay. It assists in your making sound decisions, by giving sound advice, which you can use when advising a client. For each fungus described in the book, Chris also tells you the type of decay, its mode of action, how frequently it occurs, and tree health symptoms associated with it. Chris also discusses the importance of the fungus to the arborist or Urban Forester as it relates to trees planted in the urban landscape or to street trees. Other useful information or concerns are included in the notes section at the bottom of each page.

After 17 years, the second edition of Wood Decay Fungi of Living Urban Trees is a complete rewrite of the popular first edition. This beautiful manual is a soft cover wire bound book, consisting of 145 pages and 328 full-color photos. 50 different fungi are described which are commonly found on urban trees in the northeast and central United States. Over the past 17 years, much has been learned and much has changed, including the names of some fungi. All the name changes are updated in this edition, along with new information and photographs derived from Chris’s continued research.

The second edition, Section 1, Introduction to Wood Decay Fungi has been greatly expanded. Chris begins right off the bat with The Big Five Must-Know Decay Fungi of Urban Living Trees in Order of Importance. Section 2, Visual Identification Guide contains twice as many fungi being described and pictured than in the 2005 edition.

In conclusion, field identification of wood decay fungi is often difficult and may require additional research and confirmations. This manual will make that process easier.